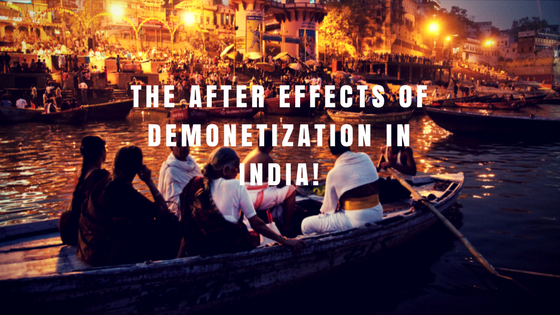 Most the Indians are well aware the country’s demonetization movement that leads to massive disruption of country’s old currency. It was announced all of a sudden by the current Prime Minister of India, Narendra Modi on November 8.

No one expected this sudden announcement and the country was left in turmoil. People were unable to believe the fact of banning existing currency. They were left in confusion until media has focused and stressed the announcement.

This announcement has been accompanied by the launch of country’s new currency with the introduction of a new denomination of two thousand rupees notes.

This pink note has replaced the existing denomination of 500 and 1000 which were banned now.

The citizens were instructed to exchange the old currency for new currency through banks. This move has lead people to spend hours of time standing in front of ATM’s in long queues. Even the ATM’s were also overloaded with transactions, and we’re mostly out of order.

These were the days when a populous country like India is left out without currency. This move can be touted as one of biggest and massive demonetization act in the world’s history.

Yes, it’s really huge than what one can expect. We all know that India is a country with more than 1.2 billion population, the country transacts trillions of dollars each day to function.

So banning all the existing currency and changing it to the new denominations of 2000 is really a challenging and bold decision of the Indian Government, and it has successfully tackled the demonetization, with some outrage in fact.

People had faced many issues, and a massive dissatisfaction has been raised by citizens against the Government. The Government justified its move by stating that this measure would counter the country’s biggest problem of black currency. Clearly, it’s a bold move against black currency holders and defaulters who saved huge piles of cash as black money.

There was some ratio of people who supported Government with this demonetization in spite of the odds they faced. One question that could commonly arise in every common citizen is whether the move was successful or not. Is it worth the trouble they faced during the period where the country was left without money?

Who has suffered more, whether the common citizen or the Black money holders and defaulters? We have seen some news that majority of private bank managers has helped in a greater way too many elite class people in exchanging the currency in return for huge commissions.

While the common citizens who were just COMMON has only seen no cash boards outside of banks and ATM’s. Isn’t the Supreme bank, Reserve Bank of India aware of this. Aren’t they able to track things like inflow and outflow of cash?

Will there be a chance that the Government would keep an eye these people and take actions on them in future? Or is it just the Government’s grace on such people to make them loyal towards it in future.

It’s been nearly six months after this, and it seems that the country has recovered from demonetization. Is there any influence of demonetization post it. What are the after effects that took place?

Discussing the scenarios that happened after it, the Government has issued a new currency in the form of 500 notes. This was a bit helpful to exchange money. Who else would give change to a 2000 rupee note for a purchase of 200?

Also after the demonetization, many financial reforms have been made. One thing that drew attention is the mandatory usage of PAN cards. With the announcement of latest finance act, it is mandatory to attest PAN card with all major transactions.

Now PAN card has become a key identity to carry out major transactions, and over the short period, the PAN card accounts have seen an exponential growth.

Do you have Pan card? If your answer is No then to learn more about how to get new pan card After applying for PAN card, one can also learn how to check pan card status on the official website and several other blogs.

Well, there is catch that this move of Government would keep an eye on all the future transactions of individuals.

Also, it is now Mandatory to link aadhar card and PAN card. This would give more surveillance to the Government on one’s account as aadhar has been almost linked up with many other identities.

So as of now, the Government was partially successful in making demonetization to meet it’s goal. Today there was sufficient amount of cash flowing through the country when compared to the early days of this measure.

People are now okay with the demonetization, but it could meet more it’s primary goal in a full-fledged way as many people have exchanged the black currency in an illegal way.

Be the first to comment on "The After Effects of Demonetization in India!"

The Use of Concept Map Maker by Mindomo in Life

How to Effectively Lead a Team of Mobile App Developers

How Effective Are Windshield Repair Kits?

Learn how to develop a productive home office

The Key SEO Trends For 2019 That Marketers Need to Know

3 Mistakes Small Businesses Are Making on Their Payroll

How to Market Your Personal Injury Law Firm On Social Media

How to Look Stylish and Trendy on a Budget