We’ve come near the end of the first quarter of the year 2017 and just like every year developers have released new apps for Android device. Most of the apps are developed to make our lives more systematic. But, with so many apps being released each day it is very much difficult to keep track of all the apps and decide which one to go for. So here is our list of the ten best free android apps of 2017. Make sure the apps covered under this article are the apps that have been released in the Q1 of 2017. Let’s get started: 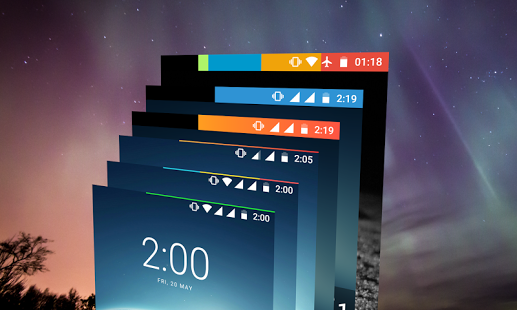 The energy bar is a coloured battery display bar, that shows the amount of battery remaining on top of the status bar of the Android device. The app is available for free, but you need to pay $1.99 to unlock premium features that allow you to change the colour of the Energy Bar and even the size of the bar. This app comes in handy while you are tweaking and playing around themes and different launchers to up your Android customisation game. 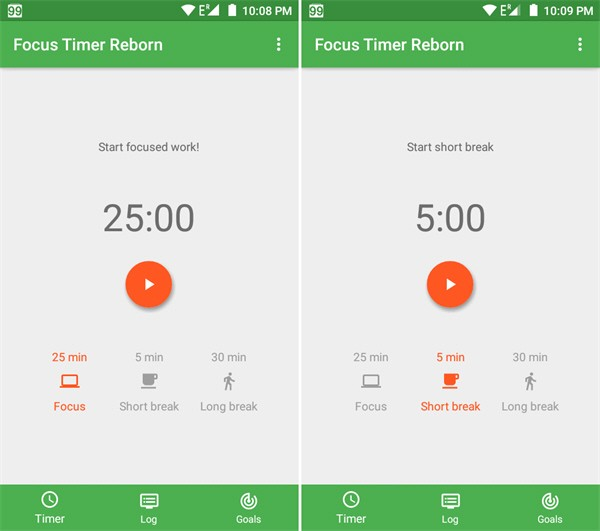 This is the best productivity app available on the Google Play Store so far in the year 2017, and on top of it, the app is available for free to download. The app lets you set a timer for the as much time you like and then it tracks the period you are active. You can also set break timers so that you can take relevant and appropriate breaks in between so that your productivity can be enhanced. 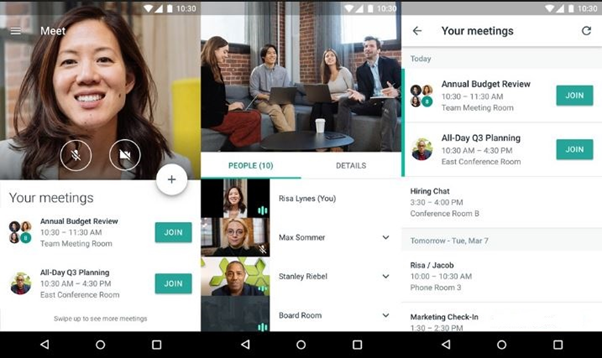 Google has been notorious with its experimentations with the original Google Talk app that later renamed to Hangouts. The Hangouts Meet app lets you join meetings, conferences and lets you chat with other members. The app has built-in integration with Google Calendar to make the meetings experience worthwhile. 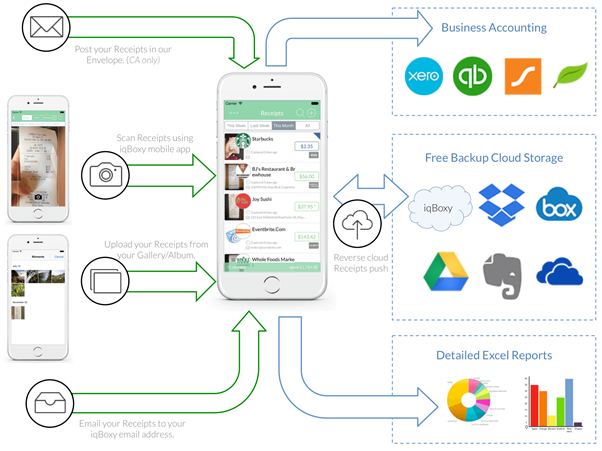 The fourth one on our list is an ultimate expense tracking and management app called IQBoxy. IQBoxy offers you with OCR support so that you can digitise the receipts also. The digital receipts are safe as the app data isn’t looked up by any human at the development end. The app is available for free to try and then you have to pay $9.99 per month. 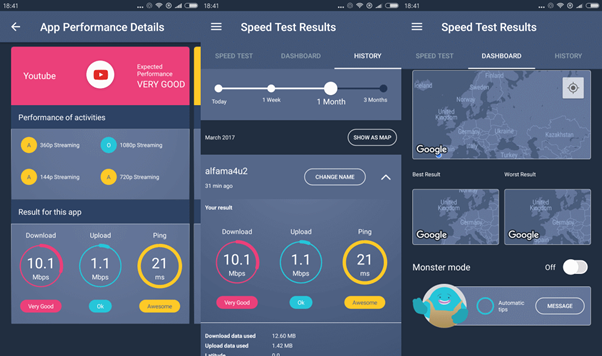 We’ve all used SpeedTest app that lets you know your internet connection upload, download and ping speed results. But all such apps failed to explain about our probable experience with the data consuming apps such as Facebook, and YouTube, etc. But, not anymore, Meteor tells you how good or bad is your connection for playing videos, streaming music and posting images. 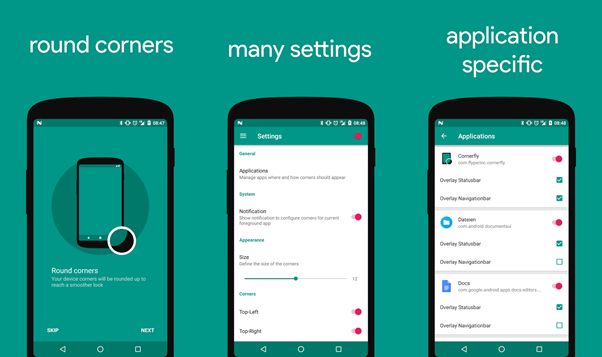 So this app is one of my favourite customisation apps so far. We all must have seen the LG G6 smartphone, the smartphone that had curved and rounded screen corners. The screen of LG G6 look exquisite with that detail and so does your phone’s after installing this app. The app is available for free but the by paying $5.49 you can unlock premium features. 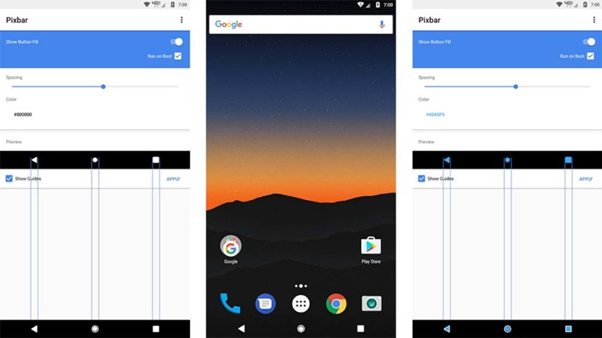 You must have noticed the changes that have been made to the Navbar in the new version of Android Nougat that was first released Pixel 1st Gen phones? This app lets you get that new look on the navbar of your phone. The app works flawlessly on the devices that are running a stock Android builds.

Supersonic is a fun filled chat messenger app that lets your voice do all the game here. The app features a voice decoding engine that decodes your voice and listens to the message that can be sent to other users with some cute smileys. Though this feature set is a little bare and we don’t anticipate it to be the next WhatsApp or Snapchat, but Supersonic is worth giving a try. 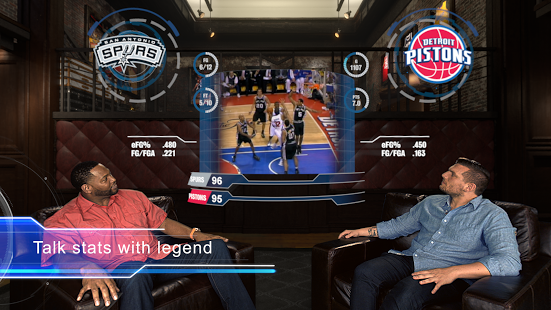 The NBA VR is a Google daydream app that enables you to see the NBA interview details, highlights, and other basketball event updates on your phone’s screen, while it is daydreaming. Unfortunately, the app is compatible with very few devices, and your device must have the daydream functionality to make the app run. As of now there are no in-app purchases, and the app is free for download. Also you can’t watch entire games as of now. 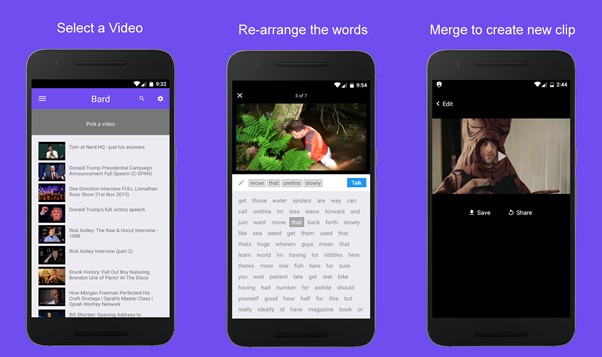 Bard gives you this functionality to find several YouTube videos from within the app so that you can trim, modify and add several clips together to make your video. The video so formed can be shared with your friends and family using the social media platform. It is not the most amazing thing on the planet to try, but it is worth giving a try if you are looking for some fun while playing with video content.

So, this was our list of the ten best free android apps of 2017. Do let us know what were your favourites for the first quarter of the year.

All You Need to Know About Indoor Type Current Transformers

Investing in a web design company for a better business future

How to Find Your Electric Skateboard and Accessories?

How to Buy Cheap Cosplay Costumes To Save Your Wallet

The Here One Wireless Smart Earbuds

The Great Ray Ming PCB Assembly for Any Projects You Make

7 Tips for Getting the Best Sound Quality in Your Car

How to create Android games without Programming Knowledge

How to Get the Winning Instinct and Become a Successful Trader

7 Things Your Boss Needs To Know About SEO Agency

What Is The “Laptop Lifestyle”?

Top 6 Benefits of a Bamboo Cutting Board

5 Incredible Ways to Bond with Your Baby