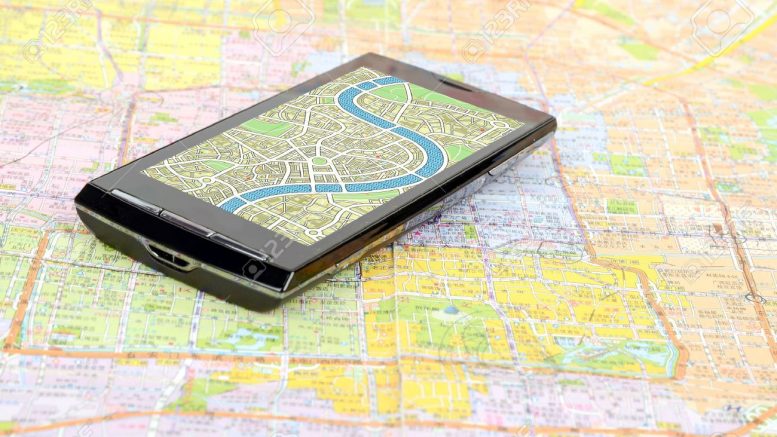 GPS or Global Positioning Satellite is a navigation system that is based on the satellite. It gives the right location and information of time on the earth. This system is provided by the United States government. It can be accessed by anyone for free provided that the GPS receiver is had. GPS has been used by many more people in all over the world because the navigation could bring them travelling on long trips without a worry of getting lost.

GPS was originally provided in a standalone device. Nowadays, we can find many smartphones with built-in GPS. Before you choose the GPS on your smartphone to accompany your great adventure, some pros and cons below should be considered.

The Pros to Use Smartphone as GPS

Since more smartphones come with GPS feature, more people only use the GPS on their smartphone because they can have more functions in only one device.

– Suitability of One Device
The users choose to use GPS on smartphone because they think that they can have all-in-one device in a smartphone. With a smartphone containing GPS feature, they will always be navigated in one tool on their hand. The convenience is having two function in one smartphone and they don’t have to buy another device. The smartphone with such navigation feature is more commonly used by those who need navigations while biking or walking. Meanwhile, the bulkier and heavier GPS device is more commonly used by hunters and hikers that need to bring the navigator easily. Actually, smartphones can perform both of the navigation types effectively.

– Automatic Updates
The application of navigation on Smartphone is commonly updated automatically and free. It means that the most recent databases and maps will be always up to date on the smartphone. Meanwhile, the update process in standalone GPS should be done manually by connecting it to internet. Besides, the owner should pay the lifetime or annual subscription to get the update regularly. It is important to get the updates to search the points of interest during you pass the unknown route or in trying to get the route back in hard traffic.
The application of navigation on smartphone will not only capable to offer detection and avoidance of real time traffic, but also could do the gas process checking. Moreover, it also gives more advantages such as calling tourist attraction or a business to check the rates and hours with some simple taps.

– Other Advantages
Besides the advantages above, GPS on smartphone also gives more advantages such as the easiness to enter the destination addresses. This navigation on smartphone is also more economical because everyone can install navigation apps to their smartphone for free or in low-cost. The apps options are such as Google Maps, Waze, and Motion X.

The Cons to Use GPS on Smartphone

– Unreliable Service
Using navigation app on smartphone always needs internet connection, unless it uses the offline maps. It will go down when the internet connection is going down such as in rural areas, interstates, and other places on the outside of the tower range. Besides, the application could also be crashed in the middle of the route. Meanwhile, a standalone GPS tends to have consistent performance.

– The Limitations of Battery, Volume and Screen
If you use navigation app on smartphone while driving, then you should have plug your smartphone into car charger. The smaller and glossy screen may also be more challenging to use the navigation on your way. Besides, the lower speakerphone makes it difficult to hear the voice on busy roads.

PhoneDrone Ethos will change your Smartphone into a Drone

How to Use SEO to Improve Roofing Company’s Marketing Strategy

What should I Do when Getting Window Tinting Done?

Apple all set to launch its much awaited iPhone 8

Looking for a Best Venture in Health line

7 Amazing Things That Cryptocurrency Can Do

4 Ways to Promote Your Business.

Types of Trailers You Need For Your Logistics Business

What is Omnichannel Management Software and Its Importance for Retail Companies?

Why Maintenance is so Significant?