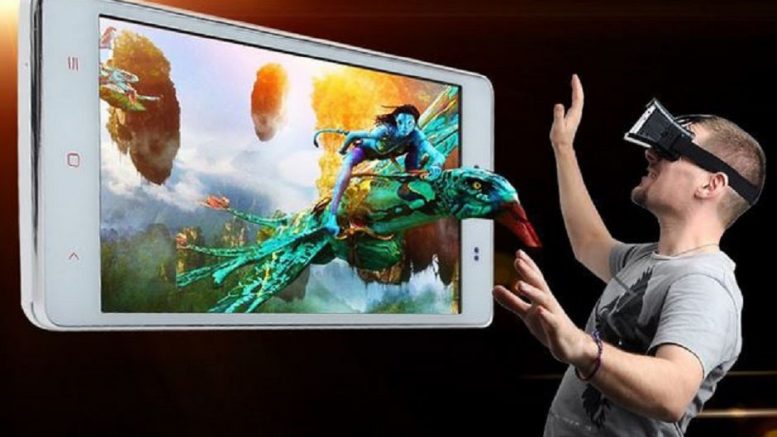 Virtual reality has always been a dream for video game developers and players alike, but the technology needed time to catch up. In the next few years, virtual reality is expected to become the next great frontier in platform gaming in addition to mobile experiences. Educators, businesses, and even the military are all trying to harness the power of VR. Keep reading to learn how smartphones will affect the growth of VR in the coming five years. 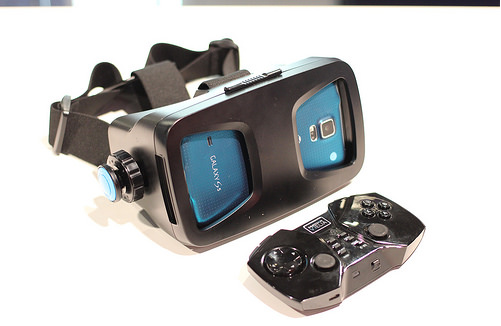 The first mobile phones needed to be carried around in a large briefcase and were roughly the size of bricks. Today’s phones are hardly bigger than credit cards. The same can be said for other forms of technology, such as computers, printers, and calculators. Technology often follows the same pattern: It starts out large and cumbersome, then becomes smaller and more affordable to the masses.

In the coming years, VR devices will become more mobile, and users will be able to carry them around. Instead of paying thousands of dollars for a system, users might only pay a few hundred. There was a time when smartphones seemed like a luxury and computers took up entire rooms, but today they’re commonplace in homes and pockets.

Smartphones Are a Natural Companion to VR

Most of today’s smartphones have high-definition screens, such as the LG V10’s 5.7-inch display that allow users to plug in their VR headsets. This limits the difference between what viewers see on the screen and what the user sees in the headset.

Smartphones are also a natural companion because most people already have them. More than half the U.S. population has at least one smartphone, a figure that increases dramatically among younger generations and tech-savvy groups. This is going to be the exact demographic that is interested in virtual reality in the first place. If they can plug a headset into their smartphones and go, the barrier to entry becomes much lower for those using the technology.

The rise and popularity of VR headsets and development of games proves there’s a huge market for virtual reality. Audiences love the idea of complete and total immersion, an experience that gamers have dreamed about but that few developers have been able to create. Kids love the idea of diving “into the game,” as if they were sliding into the Matrix or entering Tron.

Virtual reality manufacturers will continue to experiment with ways to connect gamers with the world around them so that they’re not limited to one screen in their dens or bedrooms.

Virtual reality continues to grow by connecting communities of gamers and tech enthusiasts. These games bring people together and have become useful as tools for making friends and networking. However, such networking requires communication, which is where smartphone technology and social networks come in.

With smartphones, gamers can plan meetups, talk about strategy, and share tips or codes on how to advance in the game. This is what really makes modern gaming technology interesting. Anyone can play Frogger or complete a puzzle alone, but friend groups and entire communities form over defeating the antagonists in a newly released game.

Existing Brands Are Investing in It

Companies such as Google, Apple, and Samsung are already investing in virtual reality. These brands also happen to represent America’s most popular smartphones. It’s in these companies’ best interests to make something that works with their existing technology so that gamers and users will want both instead of just one. Failing to do so could drive customers to a competitor or cause users to choose one form of technology over the other.

It’s exciting to see where smartphone and virtual reality technology will be heading in the next few years. In many ways, the technology that we admired in science fiction shows of the 1980s and 1990s is coming to life today. In the end, we will be more social, better connected, and better informed because of it.

Your Guide for Choosing the Best Smartphone Case in Brazil

Be the first to comment on "5 Reasons, Smartphones and Virtual Reality Will Co-Evolve"

Smartphones Which You Shouldn’t Miss in 2019

PlayStore Alternatives you should try

How to Prevent an Electronics DUI

How to Install Outside TV Aerial?

Data-Driven Marketing – Great Examples That You Should Know

Now You can have your Gardening Done Safely

The Key Factors When Hiring A SEO Company

How to Harness Emotions in B2B Marketing and Make it Interesting?

Here is how you can get the coin master hack!