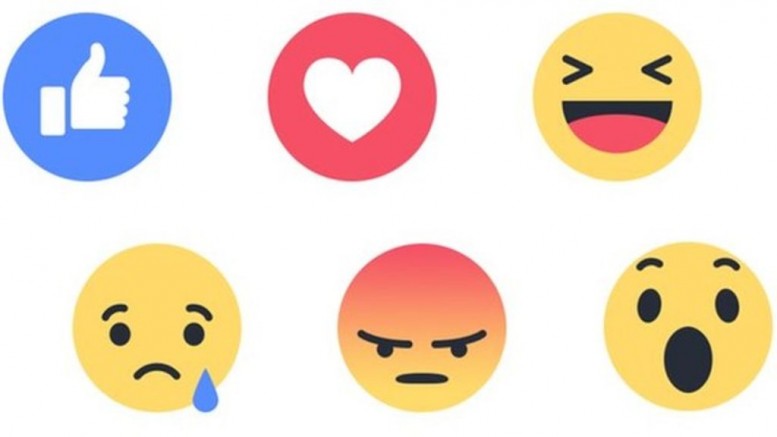 Emoticons or emoji allow you to express something without typing specific words, and Facebook has recently added emoji as a part of its famous “Like” function. Since “Like” is not always suitable to express more specific feeling (angry, sad, amused), the new emoji feature allows you to react more specifically toward certain Facebook post. Clicking on emoji instead of “Like” may sound simple, but this can be a part of marketing strategy, especially related to customer engagement.

Facebook’s new emoji consist of five emotions: Love, Haha, Angry, Sad and Wow. These five emotions can be used to engage customers in marketing campaign in more effective way, since they can give insights toward your Facebook post more than just “Like” (which can mean anything in Facebook’s old reaction setting). Neil Patel, co-founder of Quick Sprout, Crazy Egg and KISSMetrics analytic companies, stated that the new emoji can invite your Facebook followers to engage in more specific ways toward certain issues, trends or promotions.

You can use the new emoji to find out the most reactions your Facebook followers use toward certain post. Instead of “Like,” now you get more insight about whether they love it, angry about it, sad about it, or amused. You can also use Facebook emoji by inviting people to react toward certain issues or causes, which will create even more engagement level in personal level.

Facebook new emoji may seem like simple addition in how you react toward certain post, but its characteristics will give you benefits in marketing strategy. Emoji, especially the ones with facial expressions, helps filling the gap in verbal communication that people may be unable to deliver with words. According to Travis Montaque, the ECO of Emogi, Facebook emoji gives more nuanced options to react toward a post, something that has become major complaint between Facebook users for a long time.

There are several ways Facebook emoji can work for your advantage in marketing your business, product or service, such as:

You can urge your followers to give their responses for your Facebook posts, using the word “react” so they will remember to use more specific emoji to show their opinions indirectly. Compare each post’s responses to study how effective certain hashtags, posts or articles that get your followers engaged the most. Facebook emoji may sound like trivial thing, but this can be a supporting tool to know how much your market targets feel about your marketing strategy.

How To, SOCIAL MEDIA

BUSINESS, How To, Marketing, SOCIAL MEDIA

How to Increase Small Business Profitability with Amazon FBA

Aver CAN540 and Aver VC520 Pro, the Best Investment for Your Video Conferencing Systems Needs

Top Predictions of Big Data in 2017 and Beyond

The Demand for UX Designers In 2020

Your Best Guide to Press Release

5 Easy to Adopt Good Habits and Your Child can be Inspiration for Humanity!

Big data and pricing: how to find the best price for your products

Three Things Businesses Can Do To Increase Profits

5 Tips for Turning your Garage Into a Studio

Four Reasons Why You Should Change Your Utility Supplier